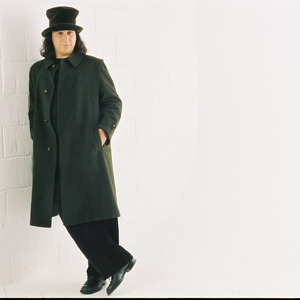 The Sounds of Sanctuary: Paul Winter Consort and Guests Hail the Return of the Sun with Samba and Saudade

Manhattan’s Cathedral of St. John the Divine is more than a site of liturgy or dogma. It’s a home for the human spirit, meant to uplift, inspire awe, unite, and give refuge. It’s the perfect location for Paul Winter Consort’s ongoing exploration of the turning of the seasons and the tuning of the soul. The Winter Solstice Celebration is designed to give deeper festive meaning to the year’s end.

In addition to the foundational sound of the Consort’s 10-piece ensemble, the powerhouse gospel voice of Theresa Thomason, and the dynamic Forces of Nature Dance Theatre, the event will include special guests from Brazil. Featured guests include Brazilian singers Renato Braz, and Fabiana Cozza, along with a samba band and Brazilian chorus. The 25 dancers and drummers of the Forces of Nature Dance Theatre, led by master choreographer Abdel Salaam, will be premiering a new piece, choreographed for this year's Solstice celebration.

The Brazilian collaborators will show two complementary sides of their country’s vibrant, vast musical heritage: The crystal-clear, bittersweet songs of Renato Braz and the warm, upbeat sambas of Fabiana Cozza, making her New York debut. Braz has worked for a decade with Winter to capture the spirit of his homeland, through contemplative, melodic ballads from Brazil’s most lyrical composers, songs which are featured on his upcoming album Saudade (Spring 2016). Cozza radiates warmth and sheer joy as one of the reigning queens of samba, a rare treat for New York audiences.

Since Paul Winter’s Solstice Celebration began, in 1980, it has become a forum for world music performers from around the world, everyone from earthy Russian Village choruses and Celtic pipers to African griots and prayerful Tibetan vocalists.

Music is only one layer: Movement and striking visual elements deepen the experience. And the event has created new rituals to mirror our older, forgotten ways to mark the Solstice and the return of the sun’s power. A gong rises to the vaults of the Cathedral to celebrate the sun’s ascent, and the traditional evergreen becomes a spiral Tree of Sounds 28 feet high.

The goal underlying the celebrations and the life of the Cathedral itself is to use the inspiring space and its striking acoustics (featuring seven seconds of reverberation) to enrich our connection to the life-spirit and to the cosmos. At a time of year when stress and commerce have become all too dominant, the Solstice provides a sanctuary, a salient reminder of our place in the scheme of things and our shared potential for renewal.

“Of course, this is a concert, a performance, but it’s also a way to make the transition from the old year to the new, to find a new evocation of the ancient rite of passage of our ancestors in the Northern Hemisphere” says Winter. “The longest night of the year marks the moment despair can turn to joy. It’s a message we can all hear, that most likely we all need.”

An invitation from Paul Winter:

“We are pleased to offer you our free Winter Solstice Collection. This has become a solstice tradition with us. Our intent is both to give a sampling of the artists who will be performing in this year's Solstice Celebration, and to share recordings we love.

This year's collection is 10 tracks, 53 minutes long, with recordings by Renato Braz, Fabiana Cozza, Theresa Thomason, and the Consort. It includes one historic solstice performance by the Consort. "Hodie / Good People All," from the late '80s.

We hope you'll enjoy the collection. And please share it with others.”